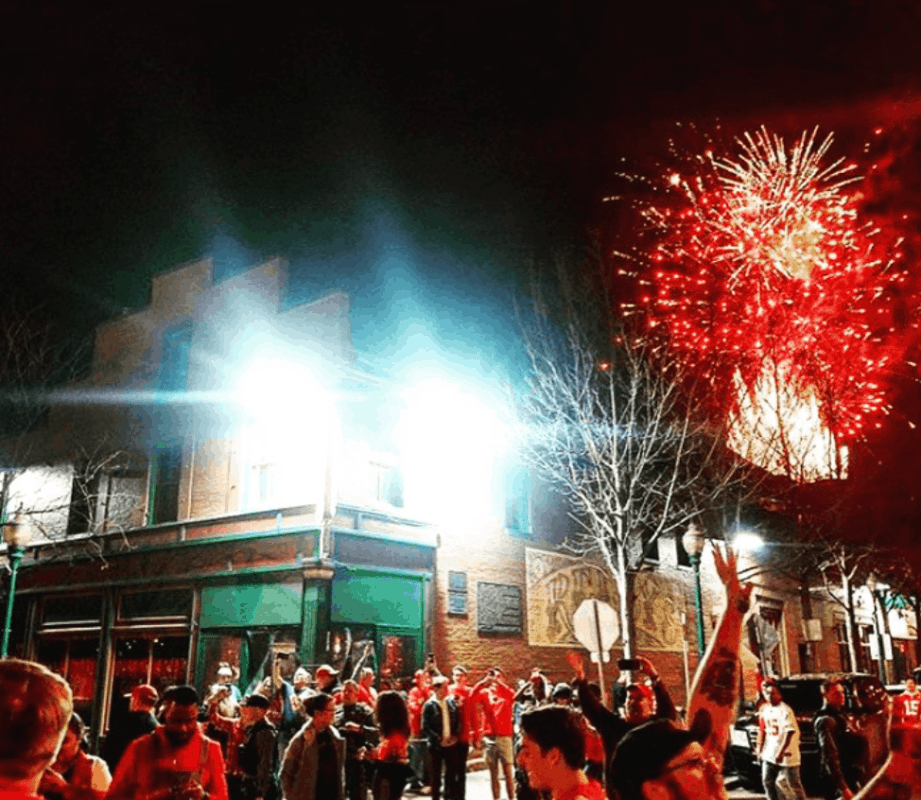 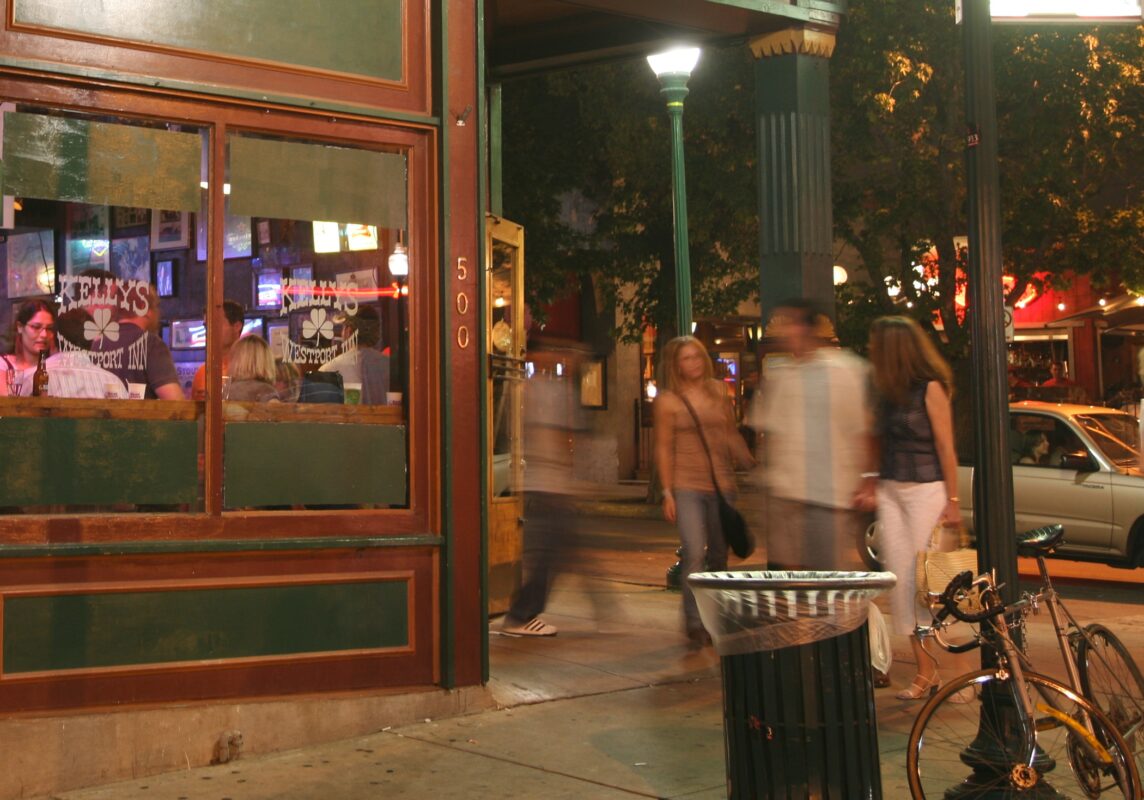 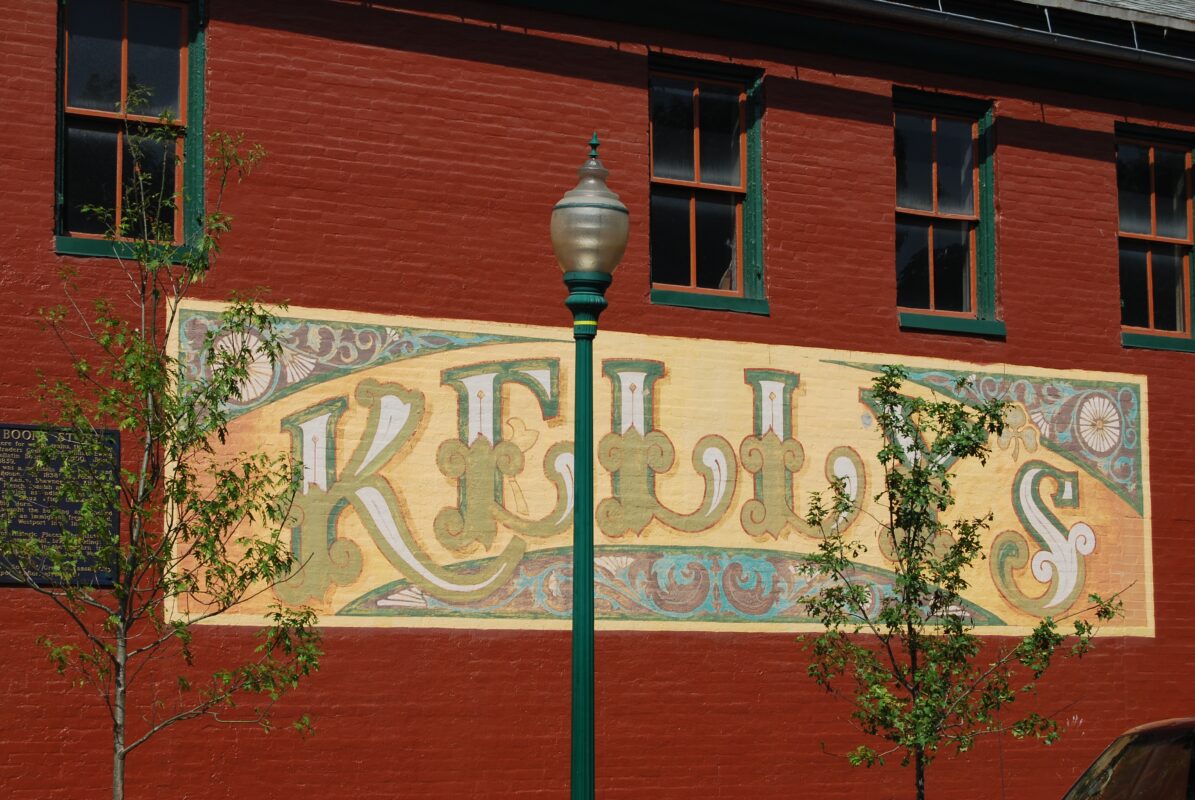 Kelly’s Westport Inn is an Irish watering hole deep in the heart of  Westport. Throwback your Irish Whiskey or pint seven days a week in the oldest building in Kansas City (erected 1850). Note: The Peanut holds the oldest liquor license in Kansas City dating back to 1933.

Randal Kelly founded Kelly’s Westport Inn in 1947 in what once was a trading post for wagon trains. The Santa Fe, Oregon and California trails all ran down Westport Road at that time. Today Kelly’s Westport Inn bar stools have been graced by George Brett, Jamie Quirk and John Mayberry of the Kansas City Royals. Kelly’s is also a prime hangout during the Big 12 basketball tournament. Expect to see plenty of Iowa State fans there during the tourney.

Randal Kelly passed away in 1988 but Kelly’s is still family-owned and operated. Two of Randal’s sons purchased the building from the Wiedermann family in 1995. Mr. Wiedermann’s ashes can be seen in a Ten High bottle near the front.

Hard-core regulars of Kelly’s Westport Inn are called “squirrels.” Squirrels have a designated table at Kelly’s where they gather and drink each Thursday. This drinking nonsense has been going on for more than 50 years. 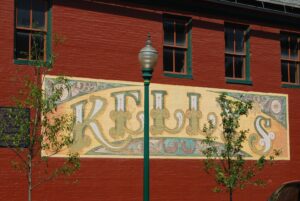 All Hands on Deck and Your Beer

Kelly’s added a 25×45-foot deck in 2010. The deck has its own bar and bathrooms, which is great given the downstairs bathrooms get hit hard.

Kelly’s friendly staff makes you feel right at home. Many of the bartenders like Mark Weber have worked there for more than 30 years. Grab a slice of pizza drizzled with honey from Joe’s Pizza in the back.

The building that Kelly’s operates in was constructed in 1851 by the Ewing Brothers. It was once owned by Albert Gallatin Boone, a slave owner. Although there is not primary documentation that slaves were held in the basement of the Boone Building, some historical evidence supports this claim.