Quench your thirst for Kansas City breweries with these 24 top picks located in KC’s urban core and as far out as Topeka, KS.

These 24 Kansas City breweries are listed in order of volume sold based on data published in the Kansas City Business Journal.

If you’d like to taste them all in one setting, mark your calendar for one of the following Kansas City beer festivals. (Check status online for updates due to the pandemic).

Boulevard Brewing is the 2nd largest brewery in MO, behind Anheuser-Busch, and the largest in Kansas City with 150 employees. Boulevard cracked open the door for Kansas City breweries back in 1989 when it was the only game in town.

Today Boulevard Brewing helps Missouri ranks 13th out of 50 states, according to Beer Connoisseur. Boulevard sets the standard to make Kansas City a cool beer-drinking mecca overshadowed only by Denver or Portland.

Boulevard’s national popularity prompted a need to boost beer production and to build a Tours and Recreation Center in 2016 on its 30th anniversary. The center’s 25,000 square feet beer hall also serves as a launch point for brewery tours.

Don’t know which Boulevard beer is for you? Find your favorite flavor by taking this taste quiz.

Congratulations to Boulevard for taking the gold medal in the American-Belgo-Style Ale category with Tank 7 at the 2020 GABF competition!

Enjoy a pint with a pizza or signature Bloody Mary burger. Martin City Brewery is on the south cusp of the city and offers a membership program so you can reserve your own keg when needed.

Crane Brewing is located in Raytown, a suburb of Kansas City. The brewery is best known for its sours, Tea Weiss, magenta-colored Beet Weiss and Grapefruit Gose, and farmhouse ales. Try its Farmhouse IPA as a starter. 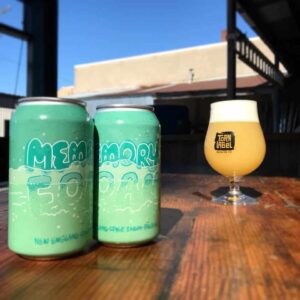 Producing more than 1,600 barrels of beer annually, Torn Label Brewing comes in at #5 for the top craft beer producer in KC.

Torn Label knows how to have fun and please a crowd with new releases like Memory Foam. Memory Foam is a New England IPA featuring Simcoe, Citra and Azacca hops for soft, well balanced flavors of exotic fruits. Scoot on down to the Crossroads District to see what’s on tap today. 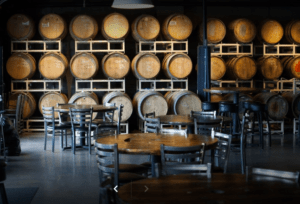 Enjoy some artisan beer in Kansas City’s northland. Cinder Block Brewery was established in 2013 out of the joy of handcrafted beers. Cinder Block originally started in our founder’s garage. Its success led to its current Northtown footprint, which includes a taproom, production brewery, and kitchen that opened in 2016.

Cinder Block dedicates itself to local ingredients from Harmony Farms. Spend some time playing corn hole on this patio of this Kansas City Brewery.

Blind Tiger brews and serves six flagship beers. The Blind Tiger Brewery & Restaurant is named for the Prohibition-era custom of illegal drinking establishments displaying stuffed tigers or china tigers to alert potential patrons to the availability of illicit alcohol after hours. In southern dialect a “tiger” was a roaring party. These “tigers” were “blind” because the authorities, at least officially, did not know they existed. Not coincidentally Blind Tiger Brewery & Restaurant is the sponsor of the Topeka Zoo’s tiger exhibit.

Blind Tiger is also the employer of John Dean, the award winning brewmaster, who joined the Blind Tiger Brewery in 2001. Since Dean joined the brewery, it has won 21 national and international awards.

Double Shift Brewing was started by a beer-loving firefighter named Aaron Ogilvie and several friends in 2015. The small but mighty brewery is located in Brewer’s Alley in the Kansas City Crossroads. Double Shift runs a five-barrel brewhouse that focuses on unique beers that are approachable by all. Their taproom, located in the East Crossroads in Kansas City, MO, in an old bicycle shop.

Another jewel in Kansas City’s Crossroads is owner Keith Thompson’s Brewery Emperial, which he started in 2016. Keith and his crew serve up a mix of American and European beers, including bitters and saisons. The brewery also has a stellar beer garden with a fabulous urban view of Kansas City’s skyline. Half the fun of visiting Kansas City Breweries is sitting outside and being part of the beer community.

Head to the bottoms,  otherwise known as Kansas City’s Stockyard District. Inside the walls where the famous Golden Ox Restaurant steakhouse operated from 1949 to 2014.

You’ll be embraced by the original bar, woodwork, and vibe of days gone by. Stockyards Brewing is a locally-owned brewery production and tap room that delivers big on taste and community. When Covid isn’t spiking, you can drop in each Sunday to enjoy live bluegrass. Want to sample some brew? Choose the Flight Plan by picking any of 4 of the dozen beers on tap. 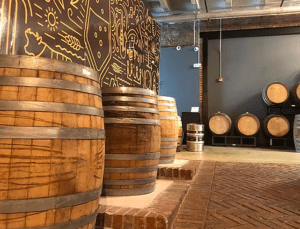 Smoke Brewing is a family affair among a father and his two sons. Papa Smoke, Jeff Edwards, is a retired marine and home builder. Jeff’s son Josh has 10-years of brewing experience and is the founder of Building Smoke BBQ Team. Lanni Edwards rounds out the team. The restaurant and barrel room are located in Lee’s Summit, Mo., a eastern suburb of Kansas City.

Excelsior Springs is the home of the Hall of Waters and thanks to head brewer Taran Winnie it’s been using those healing waters to brew great beer since 2018. The sales of the so claimed healing water of the springs in Excelsior Springs eventually dried up thus the name of the brewery – Dubious Claims. However, Dubious Claims can heal your woes with a round of their ales. Check their social media channels for frequent fundraisers and specials.

Strange Days is located right off the street car line in the historic River Market. Under the direction of head brewmaster Damon Arredondo, Strange Days Brewing was created and inspired by the strange-ness around us. The name of the brewery is meant to capture the times we are living in with beer as an outlet.

Casual Animal stands for the small batch, fresh as hell, local approach. We’re focused on quality over quantity, and community involvement over self-interest. Ask head brewmaster Kyle Gray to recommend the best brew for you.

With over 16 craft beers on tap, a golf simulator, and event space, you can’t get bored at 3 Trails Brewing located in a east Kansas City suburb called Independence – former home of President Harry Truman. Order beer by the glass or flight and BYOF (bring your own food) in case you get hungry.

Located in downtown Blue Springs, this brewery was voted best brewery, best bar, and the place to go for the best craft beef in Eastern Jackson County, Mo. It also won runner up for best chili. Go for the community and beer. Stay for the food and music.

Brew Lab is a brewery, taproom and kitchen. Brew Lab’s Techs will teach you how to brew your own craft beer and supply you withh all the ingredients to continue brewing your own at home. The kitchen serves American and Tex-Mex fare. Enjoy $5 Happy Hours and specials Tuesday through Friday from 3:30 to 6 pm.

Sample at least 12 local brews at this nano-brewery with a taproom where you can order food from the neighborhood BBQ joint, Hawg Jag BBQ.

Big Rip Brewing was rated one of the 21 Can’t-Miss Breweries Across the Midwest by TripAdvisor.

Fringe Beerworks serves up craft brew from a building that’s been around since 1926. Sip while you enjoy a taste of history served from the first brewer in Lee’s Summit. If you’re feeling adventurous, order a milkshake or grapefruit beer.

Grains & Taps co-owners Brad Boehm and Brian Bixby opened as a homebrew supply store in 2013 and then expanded to a nanobrewery. Lee’s Summit has become a microbrew destination since then. Schedule time to visit all three breweries in the quaint town of Lee’s Summit.

With beers like Blackberry Prairie Fire Chile Saison, your heart will warm instantly to this microbrewery in Kansas City. Yes, Border Brewing has a taproom. Yes, you’ll hear live music. Yes, a groovy garage door opens during warm weather so you can drink in the urban surroundings.

Go enjoy a flight of beers and say hi to Eric the owner and Tracy the manager.

Part brewery and part coffee shop, this stop on your Kansas City craft beer tour won’t disappoint. Rochester Brewing was founded in 2019 by four friends with a passion for the art and science of brewing beer and roasting specialty coffee from all over the world.

We hope this list of locally-owned KC breweries makes your mouth water for a pint, a pizza, and a peek behind the scenes of some of the most creative entrepreneurs and makers in the city. The list isn’t inclusive by any means. We want to give a shout out to the fantastic brewers at Callsign, Calibration, and Alma Mader. 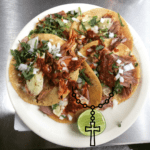 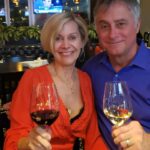