When my wife and I first visited Kansas City together, little did we know we’d fall in love with a little joint called the Drunken Worm.

Our first visit to KC was on our wedding night. We got married at my family’s house in Salina, Kansas, after flying out from our shared apartment in Hollywood. She loved the small family wedding with a few friends around us but insisted we have our celebration in a real city that night. We took a three-hour limo ride into Kansas City. The last hour of it was basically entirely bathroom stops along the highway, as the first two hours of chugging champagne began to wear on us.

The next (incredibly hungover) morning, we needed sustenance. My wife is gluten-free and wasn’t totally sure what we’d find in KC—a place she’d never been to—in terms of brunch goodies. That’s how we wound up at Beer Kitchen. Where we ordered one round of brunch meals. And then a second for everyone in our party. No brunch has ever tasted that good, and I doubt anything will ever touch it? Beer Kitchen is, quite literally, one of the reasons we moved to KC. To know that it is shuttered for the foreseeable future is gut-wrenching.

On the drinks side of thing, that one came down to luck of the draw. When we absconded to Kansas City, we rented a place off 39th; sight unseen. My wife was using Google Streetview to tour the neighborhood. Digitally, she stumbled on a place called The Drunken Worm.

While she couldn’t see inside, or read any information about it, she was convinced that would be my new home away from home. Indeed, she was right. We lived around the corner, and so most days I would walk there to work and have lunch.

If Viv finished work early, she’d come join me. The staff became family. The bar became our second home–or simply an extension of our home. And as much as my wife joked about me spending time at a place called The Drunken Worm, it turned out to be a mix of cozy atmosphere and shocking good food.

Loss of a Beloved Bartender

Earlier this year, one of my favorite people in the world passed away. He was a bartender from The Worm, named Christopher “C-Wash” Washington.

I’d seen him nearly every other day for two and a half years. And now, my occasional trips to The Worm serve more as a remembrance of a lost loved one than as the place to get smashed on game days. My wife and I bring our new dog. We sit outside and occasionally feed him bits of taco. And we think about all that we’ve lost.

This year of tears, and joys, was bittersweet. 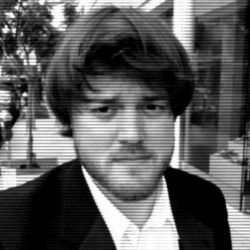 Brock Wilbur
Editor-in-Chief at The Pitch
Writer, producer, and performer with strong bonafides and a history of trying to make excellent content while maybe making the world a slightly better place.