Until 1963, thirty years before this burger joint hopped onto the Westport scene, the building was a Kitty Clover Potato Chip factory.

Then in the 70s, it became the Flea Market, with dozens of flea market booths selling kitsch and memorabilia. The most notorious booth owner was serial killer Robert Berdella, owner of a booth called Bob’s Bizarre Bazaar.

Berdella spent his off hours torturing and killing young men in his home just a few blocks from the Flea Market. This earned him the name Bob the Kansas City Butcher. None of the bodies of the six male victims were ever found, but Bob’s torture catalog and victim Polaroids were enough to send him to prison for life.

Berdella remains part of conversations at the Flea to this day. Author Ryan Becker doesn’t spare any details or gore in his book, Robert Berdella: The True Story of a Man Who Turned His Darkest Secrets into a Realty. 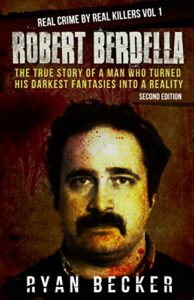 The flea market business at The Flea dried up after the launch of eBay in 1995, according to Owner Joe Zwillenberg. Booth space was converted to party and meeting-room rentals, allowing the Flea to handle some 500 events a year, including hosting the Missouri Tiger Club meeting each Tuesday.

BOGO at this Burger Joint

After you get your Covid-19 shot, grab a friend and head to Westport for a BOGO (buy-one-get-one-free) burger at the Westport Flea Market at 817 Westport Road.

Beginning March 25 through the end of the year, Westport Flea Market is offering a buy-one-get-one-free deal on its 5.5-ounce burgers for dine-in customers who show a valid COVID-19 vaccination card. The offer is good through Dec. 31, 2021. You must show your vaccination card to be eligible.

The Flea Market’s owner Joe Zwillenberg is the man behind the BOGO idea and the award-winning burger, which has been voted best burger in Kansas City from 1987-2016.

When Hooters tried to buy and close the infamous burger joint in 2006, Zwillenberg told Hooters to cluck off.

Today, Kansas City regulars devour around 200,000 flea burgers a year—also called Flea Burger. If you are feeling gluttonous, order a Super Flea, a 5-patty Burger for $39.

One of the next-most-popular items on the menu is the Meatball Grinder, which was voted one of the two best in the country by The New York Times. The grinder is made with homemade meatballs with mozzarella cheese, topped with Joe Joe’s sauce, and comes on a hoagie roll, served with French fries and pasta salad.

The former mayor of Kansas City and late Richard Berkley ate a Westport Flea Burger every Monday for lunch from 1981 until he left office in 1991.

With the freshest meat and coldest beer, the Flea Market doesn’t need much advertising. Still, Zwillenberg waves the “best burger” banner proudly and drives his custom-made burger truck around town. It serves as cheap advertising and a way to rub ketchup in the wounds of other dives that serve food for beer absorption rather than taste or awards.

Have it Your Way; Order it Their Way

If you drop by for a burger, the ordering system is a bit odd. You go to the burger cashier to place your burger order … and pay cash. Then you have a seat, where a waitress will take your drink order … which you’ll pay for separately. Your name will be called on the loudspeaker when your burger is ready for pickup; then you can dress it in any fashion you please at the condiment bar.

Zwillenberg says it’s a system that keeps everyone laser-focused on what they do, so your burger is cooked to perfection and your beer arrives in “the coldest mug in Kansas City,” thanks to his new high-dollar cooler machine.

Don’t whine, the system works … and you get to choose from 44 beers on tap to boot.

What’s your favorite burger joint in Kansas City? Burger Joint anywhere? Make sure you know what’s in the meat.