Covering the best breakfast in Kansas City is a tall ask as what constitutes as “best” will depend on who you ask. For some, the perfect breakfast plate is loaded with bacon sourced from proud Midwest farmers, while for others, it’s a French-inspired plate of crepes and fruit.

We’ve tried our best to please all palates, if that’s possible. Below you will find the best spots for biscuits and gravy, omelets, breakfast sandwiches, burritos, vegans, lovers of American classics, cinnamon rolls, tacos, booze, and crepes.

It’s no secret that we’re big fans of Happy Gillis. We’ve previously covered the magic that is Abbey-Jo, one of the restaurant’s owners whose secret to a fresh breakfast includes sourcing from local farms and presenting a simple menu.

The atmosphere inside Happy Gillis is casual, and well, happy. It was named best breakfast in Kansas City by our owner and foodie fanatic, Brenda Geiger. Brenda’s “usual” is the biscuits and gravy topped with an egg and served with the house-made sausage gravy—a gravy made with sausage sourced from Broadway Butcher.

TIP: Happy Gillis is open Friday through Sunday from 9 AM until 2 PM. If you want to experience their culinary skills during the week, head to the Columbus Park Raman Shop. Brenda’s second favorite breakfast spot in Kansas City is Classic Cup on the Plaza. She recommends it for people watching, patio sitting, and omelet eating.

Brenda’s favorite dish is the Sicilian Omelet. It’s made with Kansas City’s very own Scimeca’s Italian Sausage, caramelized onion, and mozzarella topped with house marinara. If that’s too wild, they have a full menu that covers everything from their “colossal” cinnamon rolls to hash, pancakes, quiche, and oatmeal.

TIP: Try parking in the Plaza Central Garage on Central and making your way to Classic Cup, located across from The North Face.

While I tend to be suspicious of companies who declare their own superlatives, Mildreds has rightly declared their breakfast sandwich the best in KC. As a fan of breakfast sammies, it is my top pick.

TIP: Mildred’s breakfast sandwiches are served all day, every day.

My second pick for breakfast in Kansas City is Splitlog. It is one of the best places for coffee in KC and they make a killer breakfast burrito. They serve a veggie burrito, bacon, and one made with Slaps BBQ pulled pork.

TIP: If you want to brunch with friends, the outdoor patio is dog-friendly.

My second pick for breakfast in KC is The Fix, a vegan joint that also caters to the gluten-free crowd. The Fix’s top seller is french toast (not gluten-friendly). They also make oatmeal cooked in almond milk, gluten-friendly avocado toast, and a veggie bowl stuffed with potatoes, mushrooms, tofu, beans, and a side of spicy tomatillo sauce.

TIP: Breakfast is served Saturdays and Sundays only.

When we voted on our favorite breakfast spots, we all agreed that The Wooden Spoon had to make the list.

With fresh-squeezed OJ, local coffee, and a breakfast menu that would make most Americans proud, The Wooden Spoon feels like eating at grandma’s house.

House Classics include the aptly named “American Classic,” served with two eggs, applewood bacon or sausage, toast, and hashbrowns. They also have an omelet menu, eggs benedict, breakfast burritos, and an assortment of pancakes. Also, not to be missed is their crème brûlée French Toast. It’s perfect!

TIP: Closed on Mondays, but open at 7 AM Tuesday through Friday and 8 AM Saturday and Sunday, The Wooden Spoon is a breakfast spot for early birds.

I’m a sucker for cinnamon rolls, and Heirloom knocks it out of the park with their mouth-watering Butterscotch Brioche Cinnamon Roll. Mark your calendars as Heirloom rolls out the rolls on Saturdays and Sundays only. However, the rest of the week, you can indulge in other baked goods like breakfast sandwiches, biscuit sandwiches, burritos, avocado toast, and even the usual: bacon with a side of eggs.

TIP: Take n’ Bake, baby! While you can certainly enjoy all the baked goods in-store, you can also grab six of their delicious Cheddar Chive Biscuits to cook at home later.

Did you know that Torchys also serves breakfast tacos? They do, and it’s my third pick for the best breakfast in Kansas City. They open at 10 AM and whip up street tacos with cage-free eggs in seven variations.

I recommend the Migas, a taco made with eggs, green chiles, avocado, pico, cheese, tomatillo sauce, and a tortilla. Their Wrangler is also pretty popular and includes smoked beef brisket.

Unlike the other breakfast spots on our list, Snooze is a chain with restaurants in eight U.S. states, including two in the KC metro area. They have a modern take on classic breakfast that is served in a midcentury modern-style diner. The star of the show? Their brunch drink menu with a heavy focus on Bloody Marys and Mimosas.

The menu features six Bloody Mary variations, all made using Snooze’s House Bloody Mary mix. The mix is the result of a collaboration between Snooze and The Real Dill, a company known for pickles and Bloody Marys.

Mimosa fans can choose from nine variations with rotating seasonal options, and year-round favorites like the Palomimosa made with tequila, elderflower liquor, and grapefruit juice. Their mimosas are all made with “Snooze Sparkling,” a wine Snooze imports for their restaurants from Italy.

TIP: Snooze recycles about 90% of their kitchen waste, so you can sip your breakfast cocktail and know that you are also doing your part to keep our planet clean.

It’s no secret that we are big fans of French culture. If you want to feel French, listen to great music, and eat crêpes, Brenda’s final breakfast pick is Chez Elle Creperie and Coffeehouse.

With both sweet and savory crepes to choose from and the option to swap your crepe to a Brie Buckwheat, Vegan, or Gluten-Free batter, there’s a good chance that you will find something for everyone. If crepes aren’t your thing, they offer a weekly quiche special as well as baked goods.

TIP: Happy Hour is Thursday through Sunday from 5 to 10 PM. They offer champagne-based cocktails (e.g. Mimosas) for $2.50, pricing that is better than bottomless mimosas at most places in KC. Brick House, Blvd Tavern, and Drunken Worm, for example, all charge between $12-$18 for the privilege of endless sips.

So what do you think, KC? Where do you like to fuel your mornings? 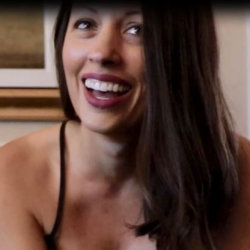