Consider this your guide to Kansas City legends. By exploring their home turf, you can learn what makes or made them tick and see a peek into their soul. We’ve listed the address of the home, studio, museum, library, stadium or farm where you can explore the lives of six famous people who once called Kansas City home. 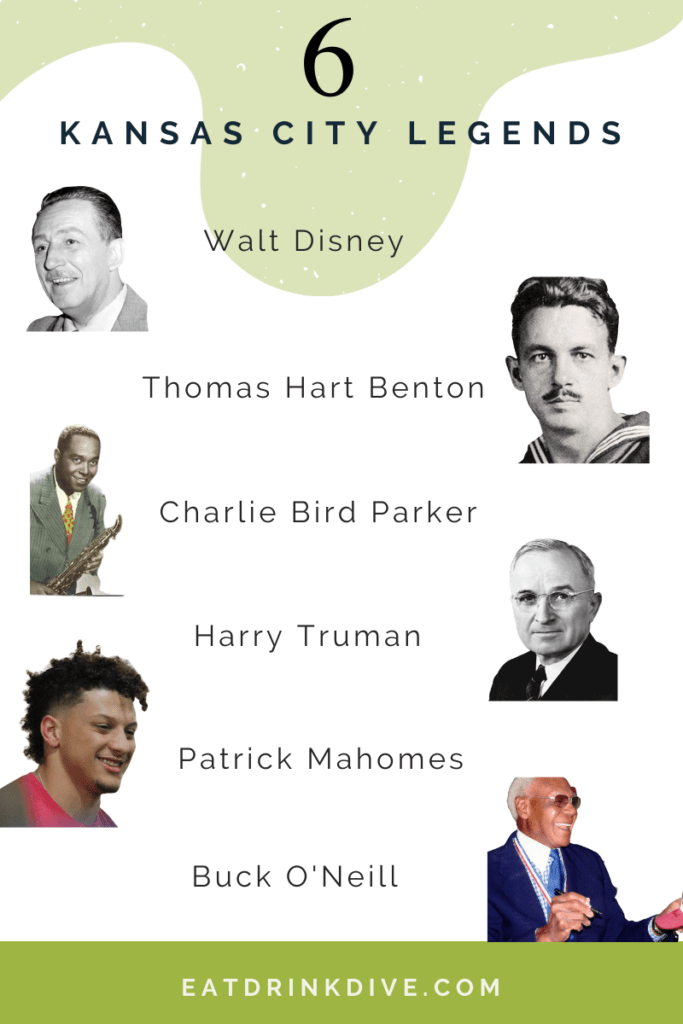 The Legend of Walt Disney Lives

What would the world be without Walt Disney’s contribution to enjoying an animated life? Pretty darn dull. 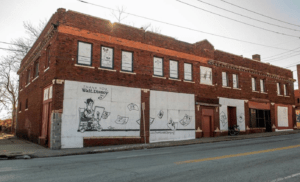 Walt Disney is perhaps one of the most famous people from Kansas City. He moved to the home located at 3028 Bellefontaine Ave, Kansas City, Mo, when he was nine years old. Buses drive by this meager east Kansas City home to this day awed by just how normal looking the home is.

From 1922 to 1923 Walt Disney created short animated cartoons he called Laugh-O-Grams in the inner city of Kansas City. Today Walt’s studio is owned by Thank You Walt Disney, a 501(c)(3) non-profit that saved the building from demolition and is turning it into a museum.

Gould Evans is the sustainable design firm that is overseeing the $5.5 million renovation. The fundraising effort was three decades in the works. The museum will include a 50-seat theatre. For now, put on your Mickey Mouse ears and drive over to take a selfie.

Fun Food Fact:  Walt Disney loved hotcakes, macaroni and cheese, hamburgers, roast beef sandwiches,  and chicken livers. If he were alive today, he’d be having brunch at You Say Tomato at 2801 Holmes; hamburgers at Westport Flea Market; and chicken livers at Stroud’s in Kansas City.

Thomas Hart Benton was born in a small Missouri town. His mother encouraged his interest in art. Benton’s first paid work in art was as a cartoonist of a Joplin newspaper. He also was an illustrator for the U.S. Navy during WWI, which further embedded his fascination with drawing men and machinery.

He attended the Chicago Institute of Art, which he found boring, so he moved to Paris to study at the Académie Julien In Paris. He made his name as the painter of the people with his flowing brush strokes and grand murals.

In 1930 Jason Pollock trained under Benton while in New York. Benton later moved from New York to Kansas City where he became interested in abstract work.

Benton was invited to head the painting department at the Kansas City Art Institute in 1935. He agreed to the position and moved his wife and son from New York to Kansas City. The city and the school were excited at his arrival. While he taught at the school, he completed numerous masterpieces, such as Hollywood and Persephone.

Check tour availability of the Thomas Hart Benton Studio prior to your visit. As of May 2021, you can only visit to see a 10-minute video interview of Benton because of Covid-19 restrictions. 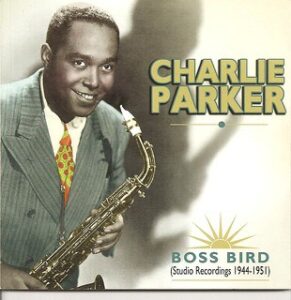 Charlie Parker, said to be the greatest jazz saxophonist of all time, was born in Kansas City, Kan., in 1920 just across from the river from Kansas City, Mo. His birth home was located at 852 Freeman Avenue, Kansas City, Kan. The lot of his former home now sits vacant.

Parker had a heavy influence on jazz music. Parker acquired the nickname “Yardbird” early in his career and the shortened form “Bird” stuck for the rest of his life. Thanks to his nickname, he went on to compose “Yardbird Suite”, “Ornithology” and “Bird of Paradise.”

By the time he was 14, Parker was living in the Jazz District of Kansas City. He was engrossed with the musicians who played at 12th and Vine. Once his mom scraped up enough to buy him a pawned alto sax, he went on to make musical history with his bebop style of jazz.

Harry Truman, the 33rd U.S. President, loved his home state of Missouri. He was born in Lamar, Mo., and died in Independence, Mo. 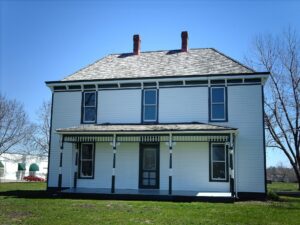 Kansas City also maintains a top-notch museum and library of all-things Harry Truman, including a replica of his oval office in the White House.

He was nicknamed “Give ‘Em Hell’ Harry” because of his aggressive campaigning against republicans in 1948. He is remembered for putting an end to World War II in the Pacific by dropping the atomic bomb on Japan.

After he left office in 1953,  Harry and Bess Truman returned to their home in Independence. While at home, he penned his memoirs, met with visitors, continued his habit of brisk daily walks and raised funds for the Harry S. Truman Presidential Library, which opened in Independence in 1957.

He died at 88 years of age and is buried in the courtyard on the Truman Library grounds.

Fun Food Fact: Harry was a big-time steak man. We can see him cutting into a KC strip steak at 801 Chophouse in the Power and Light District Downtown Kansas City or Hereford House at Zona Rosa North of the River. Though both restauranteurs would scoff at his request to have it served well done.

Address:
Arrowhead Stadium is Mahomes’ Work Address
Mission Hills is the Neighborhood of his Private Home

Mahomes helped the Kansas City Chiefs win Super Bowl LIV in 2020 – its first Super Bowl win in 50 years. By doing so Mahomes became a legend and a hero with the stats to back his stardom.

For being a football legend and only 24-years-old, Patrick is very grounded. He is in an exclusive relationship with his high-school sweetheart, Brittany Matthews. The couple purchased their first home in 2020 in Mission Hill, Kansas, a suburb of Kansas City. Take a peek at his home and shoe room in the video above. It’s safe to say that we are very proud of Patrick and happily welcome him into KC’s club of famous faces.

Buck was a baseball player for the Kansas City Monarchs, a manager in the Negro American League, and the first African-American coach and scout.

As a smooth-fielding first baseman and strong hitter, Buck O’Neil helped The Kansas City Monarchs win four pennants from 1939-1942. He also won the 1946 Negro American League batting title with a batting average of .353

O’Neil attended Edward Waters College in Jacksonville, Florida, where he played baseball for six years and picked up the nickname “Foots” because of his large hands and feet.

After college, he began his professional baseball career touring with the Miami Giants in 1934. He then became a KC baseball legend by repeatedly bringing home pennants year after year.

Although denied a chance to play in the major leagues, O’Neil joined the Chicago Cubs as a scout in 1956. He was the first black coach in major league history in 1962.

In 2008, The National Baseball Hall of Fame and Museum honored Buck O’Neil’s legacy with the creation of the Buck O’Neil Lifetime Achievement Award. 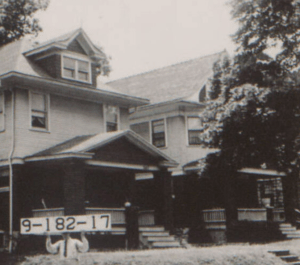 Fun Food Fact:  Buck grew up poor and was lucky to get two meals a day. Because of racism, he wasn’t allowed to go to school and ate a lot of Jim Crow. We suspect he ate a lot of hotdogs being at baseball fields most of his life.

Wouldn’t it be great if Buck were alive today to see him sipping a cold drink at the Monarch Cocktail Bar and Lounge on the Country Club Plaza? Being a Monarch regular makes sense as he played for the Monarchs for decades.

KC is for Legends

The six legends above are just a handful of famous faces that call KC home. We hope this guide to the spaces and eats they enjoy creates a memorable day of adventure and exploration for you.

Which one of these six Kansas City Legends do you have a crush on? Who should be on our KC legend list? What is your KC icon’s favorite meal or restaurant?